From sinkings to hijackings, troubleshooting on the high seas has made this company’s rise to success a swift one, says Frank Simpson 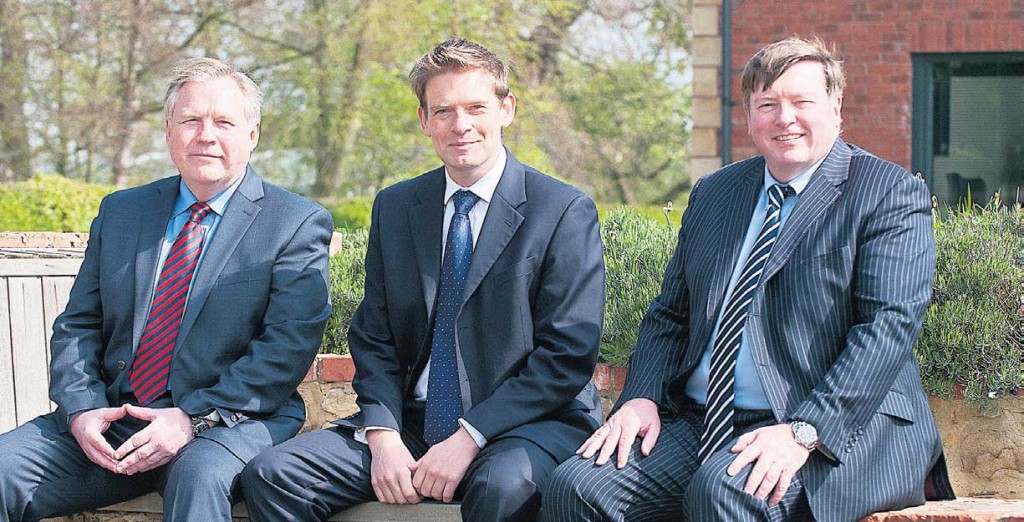 Who says the world of insurance is just about office pen-pushing? Certainly not the people of Thomas Miller Claims Management (TMCM) who recently found themselves centrestage in two exciting happenings – one being the announcement that they were to receive the Queen’s Award for Enterprise in International Trade, the other being a massive haul of cocaine worth £30million discovered hidden under a ship moored off the Scottish coast. Each prompted very different responses, of course. The first allowed for some longawaited celebration – with chief executive

Each prompted very different responses, of course. The first allowed for some longawaited celebration – with chief executive Peter Jackson hailing this “testament to our high standards” – while the other called on the firm for discreet mediation between the ship’s officers and interested agencies, not least the police, who eventually arrested three Dutchmen living near the docks.

None of the crew of the Greek vessel, bringing coal (and, inadvertently, drugs) into Scotland from Colombia, was implicated in the affair, but there was a point at which they needed tangible support and reassurance that they would not be treated as criminals in a foreign land – this was provided by senior TMCM executives on the dockside, there to ensure smooth cooperation with the UK authorities but also proper procedure and fair play.

The episode is recalled by the company’s operations director Stephen Hunt, explaining that they offered “some hand-holding” to the Captain – as official representative of the ship’s owners – on behalf of those owners and their insurers.

“Criminalisation of crew has been one of the big issues in shipping in recent timesthey worry that because they’re on the spot, they will take the punishment. The Captain is most in the spotlight, but still has to deal with a dozen government agencies and other port formalities, so incidents like this place an enormous additional burden on him or her.”

Based in Newcastle, this relatively new troubleshooting company, launched in 2007, is an offshoot of the London-based Thomas Miller & Co that was set up around the parent company’s 125-year-old roots to become a conspicuous North-east success story. And Mr Hunt describes its rapid results as “dizzying”, with overseas sales earnings having grown 153 per cent over the last three years, while exports rose from 44 per cent of total turnover to 78 per cent.

This impressive record in securing and maintaining international business is at the heart of TMCM’s achievement in winning the Queen’s Award. Quite simply, it has grown from a standing start – in very troubled economic times – to a major presence in the international claims handling and consultancy market

“TMCM is showing how the expertise and client-driven approach, which have always been Thomas Miller’s hallmark, can be applied to problems way beyond the realm of everyday insurance”, says group CEO Bruce Kesterton. “Our present corporate plan emphasises our heartland transport insurance sectors but also a commitment to growth and innovation, and TMCM is showing all of that in action. The Queen’s Award is a great achievement for TMCM and also a terrific advertisement for the strength and culture of Thomas Miller as a whole, so at the group level we could not be happier.”

“There can’t be anyone with a bigger international name or history in marine and transport insurance than Thomas Millerthat’s where a lot of our skills and approach come from and it also gave us credibility with oil majors, cruise giants and the like in the early years,” says Mr Hunt. “The parent group is going from strength to strength in its core markets but also investing in natural stable mates like TMCM, so we’re still very much part of a prestigious family. A critical part of that is our independence and autonomy, though – all our working, thinking and doing gets done in Newcastle and we work for the client, not the parent.” 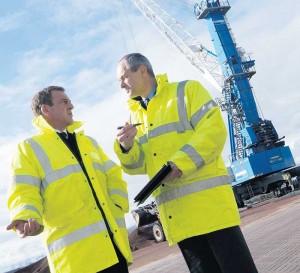 Shipping and transport remain key markets for TMCM with problems such as damaged goods, passenger claims, charter disputes and injuries to crew or dockwork- From sinkings to hijackings, troubleshooting on the high seas has made this company’s rise to success a swift one, says Frank Simpson ers forming a large part of its caseload. “Sinkings, hijackings, disappearances, the fallout from scratching Putin’s yacht – it’s all in a day’s work,” says Mr Hunt.

But it has espoused an even wider approach than that. This is partly a conscious and rational strategy – expertise in handling all manner of practical, legal and technical problems worldwide is just as useful beyond transport and insurance, and TMCM is keen not to be pigeonholed. “Other companies in the consultancy/adjusting field tend to categorise themselves quite strictly as law specialists or technical consultancies, or purely high-volume claims adjusters. We realised there wasn’t a lot of room there, so we had to think out of the box.”

It was also prompted by the imperatives of its difficult birth when the global economy was “about to fall of the edge”.

“It wasn’t a great time to be opening anything,” recalls Mr Hunt, who was in on the ground floor along with Peter Jackson and claims director Patrick Bond. “Potential clients were looking closely at how they spent their money internally, let alone on external providers like us. So it was a very challenging time. But what we did was look for areas where needs were not being served; and at ways in which our particular skills and experience could be best used and appreciated.

“It took a couple of years of just visiting target clients and listening to their requirements, then tailoring our offer accordingly, rather than going in and saying rather pompously: ‘This is what we think you need, and we can do it – OK?’ So now we work with considerably more versatility than we perhaps envisaged when the launch plan was hatched.”

And it clearly works. “Every client is different in terms of in-house resources, overseas offices and the like,” say Patrick Bond, “and no two clients come to us with the same set of problems.

“We might be handling a casualty, doing a face-to-face negotiation or reviewing a run-off caseload at any given time, for a client anywhere in the world. Whatever the requirement, we have a balanced and experienced team in Newcastle and a global network which is probably second to none, so we’re confident we can add value on just about anything.”

That team includes lawyers, medics, mariners and insurance professionals covering every relevant field and able to call on decades of experience. A cost-effective base in the North-east, combined with the service standards of the London market, makes TMCM a natural choice for businesses needing top-class claims handling and risk management solutions without the price tag of big-city law firms or consultancies.

As well as more traditional claims adjusting, litigation management and thirdparty administration, the company has established itself as the biggest provider of medical emergency and case management services to the shipping industry, particularly in the energy and cruise sectors. Through its BlueMed product, TMCM offers total medical assistance to the industry, from emergency medical advice in the middle of the ocean through to rehabilitation and return to work, and manages cases in over 50 countries.

“We’ve benefited strongly from the cost advantages, the thriving services sector and the talent pool in the North-East, especially in the maritime field which remains a key focus for us,” says Stephen Hunt. “We started with three people and now we have 18. We’ve created 18 skilled jobs which are bringing overseas revenue directly into the North-east, and as such they represent a nice little success story for the region.”

All 18 are looking forward to receiving the Queen’s Award crystal bowl at historic Alnwick Castle on 14th August. Before that chief executive Peter Jackson will be attending the royal reception in London, and he says with a detectable glint of pride: “Winning a Queen’s Award in the international trade category reflects the continuing confidence our clients place in us.

“We believe our success in attracting clients internationally results from our commitment to listening to them, then harnessing our unique blend of skills and experience to solve their particular problems worldwide.”