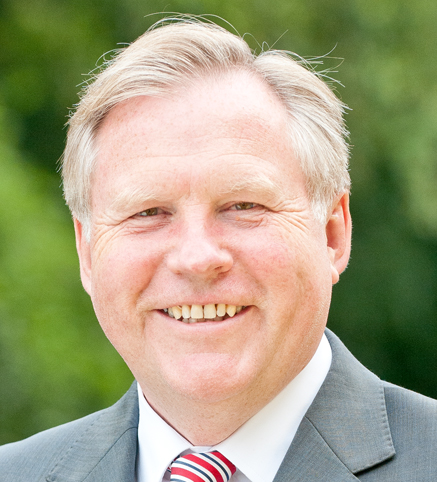 Following his early career as a Police Officer, Peter gained his BA Law Degree from Durham University and moved into marine mutual insurance. After moving to London he spent twelve years with the UK P&I Club, the biggest of the marine liability mutuals, which is managed by Thomas Miller. Latterly he headed the Club's team responsible for "people claims" and remains a vocal contributor on employer liability, passenger transport, occupational disease and other related topics in the industry. He is a Member of both the International Institute of Risk & Safety Managers and the Institute of Chartered Shipbrokers. 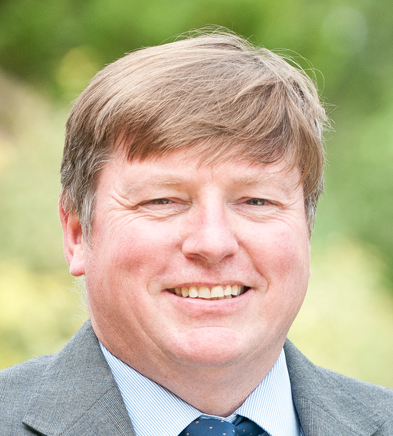 After an active career in the Royal Fleet Auxiliary, Patrick spent several years in the offshore supply sector before qualifying as a solicitor with a major UK marine firm. He went on to join a leading marine mutual insurer and during this time did notable work in helping several passenger ship operators devise their emergency response plans. From the late 1990s Patrick worked independently as a claims and emergency response consultant to the marine industry, working on several major casualties and coordinating litigation defence worldwide. An accredited Mediator, Patrick is also a Member of the Law Society and the Nautical Institute. 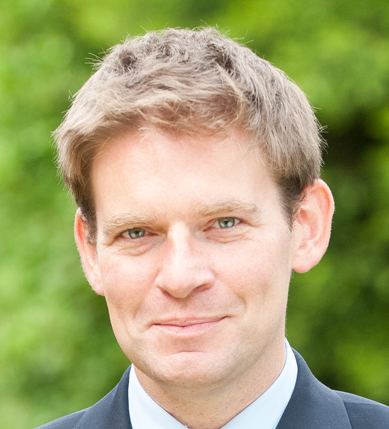 Stephen joined TMCM in 2008 from a major P&I insurer and has nearly twenty years of marine insurance and risk experience. He is responsible for developing TMCM’s claims, TPA and specialist service proposition and is a key client contact across several areas of the business, including clients in the Lloyds market and major marine and logistics operators. He also heads TMCM’s Marine Medical operations and its BlueMed integrated medical services, providing global medical support, case management and assistance to cruise lines and shipping operators. Stephen remains involved in complex claims and dispute resolution, particularly in crew, passenger and yacht matters. 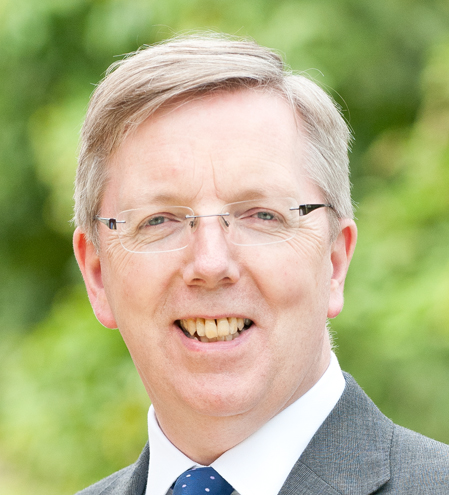 Stephen joined TMCM in 2010 and has over 30 years’ commercial shipping experience, across ship owning, chartering, property and liability claims, and maritime commercial disputes. Managing a team over 50, Stephen and his team deal with all aspects of marine claims inclusive of Protection & Indemnity, Hull & Machinery, Marine General Liability, Marine Employers Liability. Stephen is a key business contact for major clients including Lloyds Syndicates, Commercial Insurers and operator clients from the dry-bulk and tanker sectors. He was elected a Fellow of the Institute of Chartered Shipbrokers and has a Master’s Degree in International Trade Law. 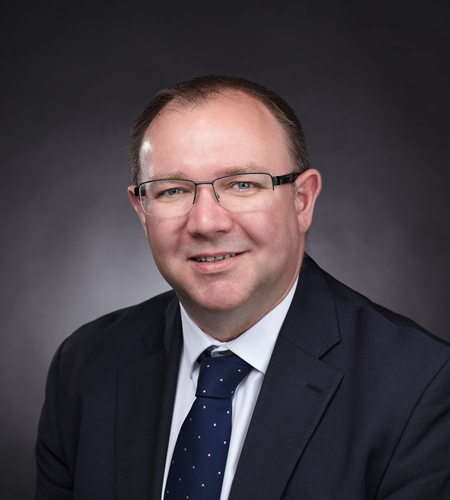 Paul is qualified in both England and New South Wales with the majority of his experience being focussed on road traffic, employers liability, insurance and demurrage litigation. Paul has over 13 years experience in private practice in England, including working as an Owner Principal of a specialist law firm; prior to moving to Australia where he worked as a Practice Manager in transport litigation until he joined Thomas Miller October 2018.  Paul has extensive experience in handling complex and high value litigation. 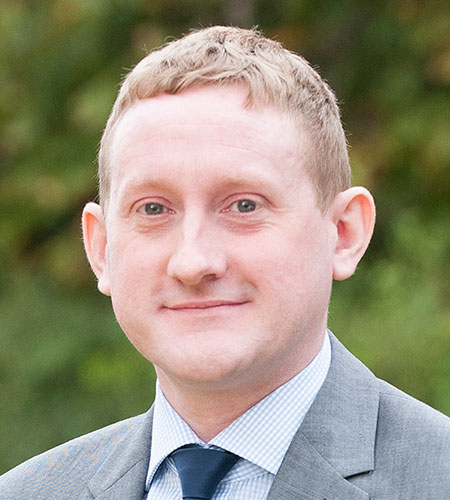 A Chartered Legal Executive, Robert has over 15 years’ experience in Legal 500 law firms and the insurance industry. As well as handling a broad range of marine and transport claims, including complex and high-value cargo and casualty matters, he specialises in injury and occupational illness claims and advises on all aspects of employer, public and travel liability, dealing with the full spectrum of personal injury cases worldwide including catastrophic/fatal cases under P&I, EL and PL cover. He has attended several claim and casualty sites , reporting to insurers on major claims incidents 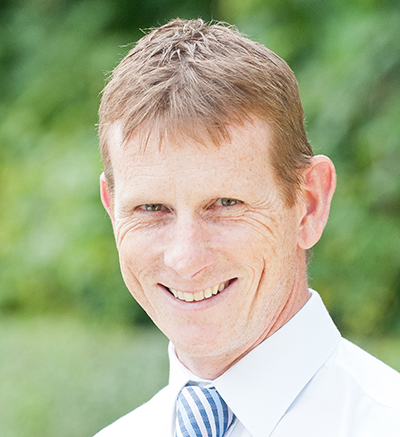 Bryan has over twenty-five years of insurance expertise. Having reached managerial level at a major global insurer, Bryan moved into shipping to become responsible for the handling and negotiation of complex, high-value property and liability claims for a large US tanker operator. Bryan joined TMCM in 2011 and specialises in operational support and case management for our energy and passenger clients, as well as casualty response and claims investigation. 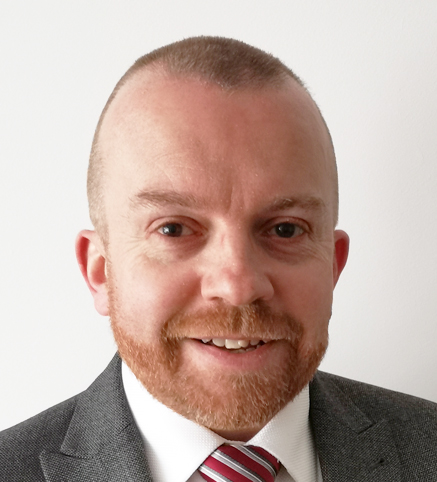 Michael joined TMCM in 2017 and has nearly two decades of marine insurance experience. He and his team handle all types of Marine, Offshore Energy & Gas claims inclusive of Hull & Machinery, Protection & Indemnity, Marine General Liability, Marine Employers Liability and Loss of Hire. He has also conducted numerous casualty investigations, damage surveys and loss prevention inspections on board vessels. Michael is a principal point of contact for key clients including Lloyds Syndicates, handling claims worldwide on both a lead/primary and Re-insurance basis’ 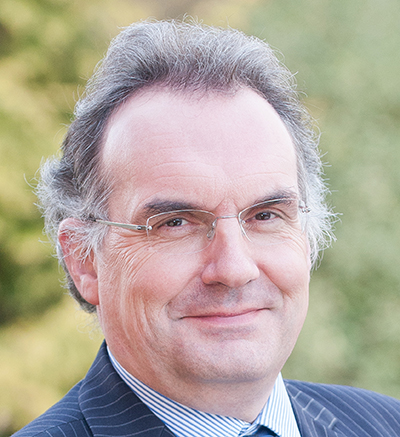 Studied medicine at London University and, after qualifying, spent 10 years as a junior hospital doctor, predominantly in the North East of England, before reading law at Newcastle University. Admitted as a solicitor in 1998 he practised for 15 years in the field of clinical negligence at two leading law firms in Newcastle. Nicholas joined TMCM in 2013 and specialises in operational support and case management for our energy and cruise line clients; in addition offering guidance on all medical matters including PEME (pre-employment medical examinations) and tele-medicine. Nicholas is a member of The Royal College of Obstetricians & Gynaecologists and the Newcastle upon Tyne Incorporated Law Society. 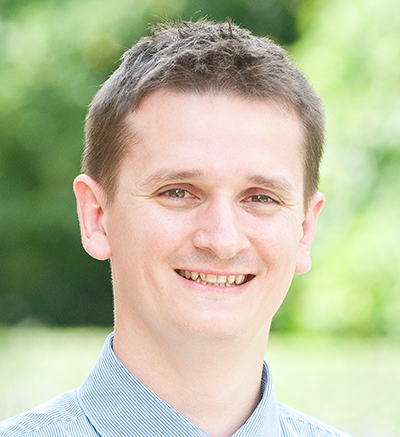 Marc worked as a marine engineer for ten years with a range of vessel types, both on board and during drydocking. On coming ashore, he joined a leading ship manager in the North-East and became specialised in vessel certification, classification & auditing procedures. As well as managing a diverse caseload, Marc is a key part of TMCM's survey and casualty response team. 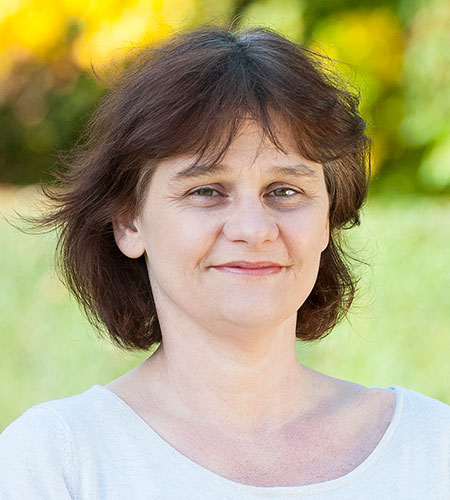 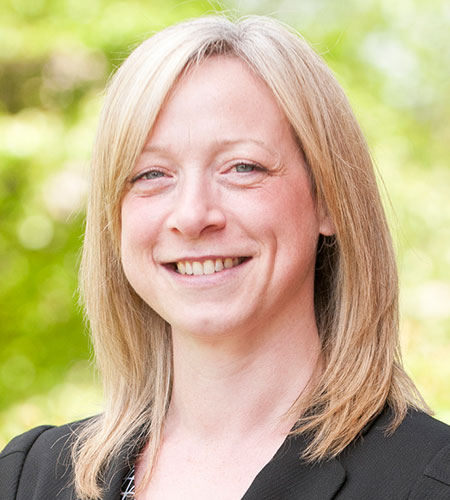 Michelle worked as a paralegal in an international law firm and a major Anglo-Scottish firm, specialising in occupational illness work for maritime, shipbuilding and insurance clients, before joining TMCM as a claims executive in 2014. 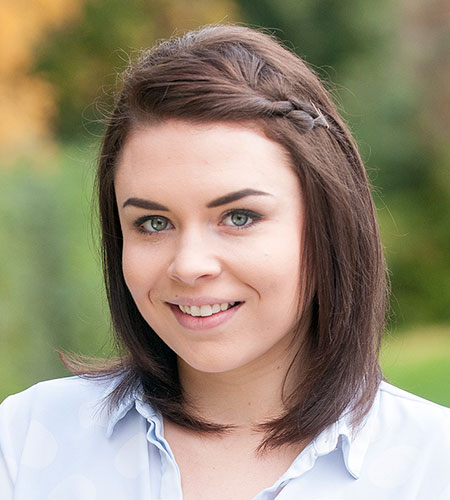 Emma joined TMCM in 2015 as a medical case handler, having worked in local government, then a leading law firm and medical agency, for four years 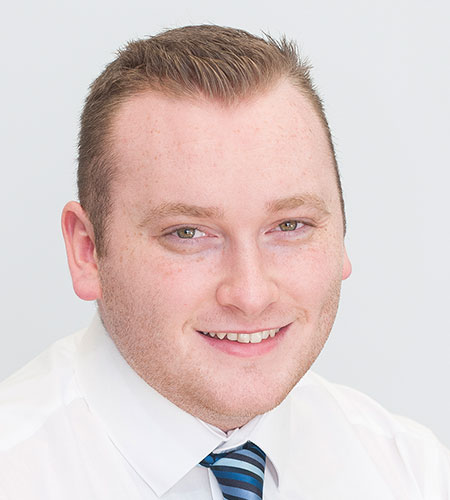 Matthew joined TMCM as an apprentice in 2015, working across several areas of the business to acquire broad-based experience in preparation for his present claims role. Matthew now handles a wide range of marine and transport matters, as well as construction and property defects claims. 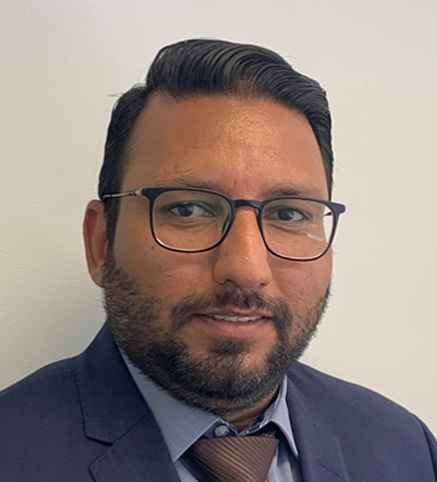 Aamir joined Thomas Miller in 2019 as Claims Executive, having spent five years in the travel insurance and assistance sector. Aamir handles a full range of marine and logistics claims for operators and insurers in the Australasian, Asia-Pacific and global markets, including correspondency and casualty work for P&I Clubs and insurers. He is the principal contact for TMCM’s Crew Medical services to the cruise line and commercial shipping sectors in Australasia, which provide shore-side medical support, case management and emergency assistance. A native or fluent speaker of English, Urdu, Hindi, Punjabi and Saraiki, Aamir is currently studying for his Certificate IV in Legal Services with a view to gaining a law degree. 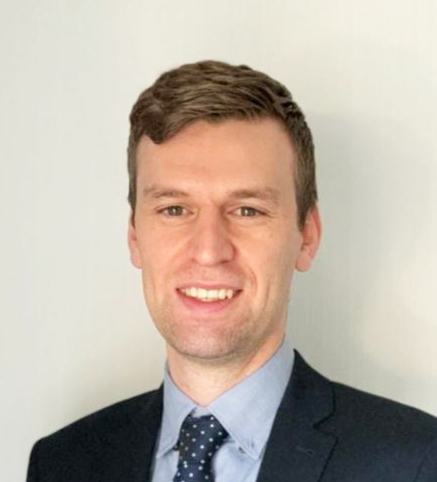 Ryan joined TMCM in November 2019 having spent 4 years working with a leading marine insurer on both Hull and P&I risks  He handles a broad range of claims across the marine, logistics and energy sectors, dealing with matters arising worldwide. 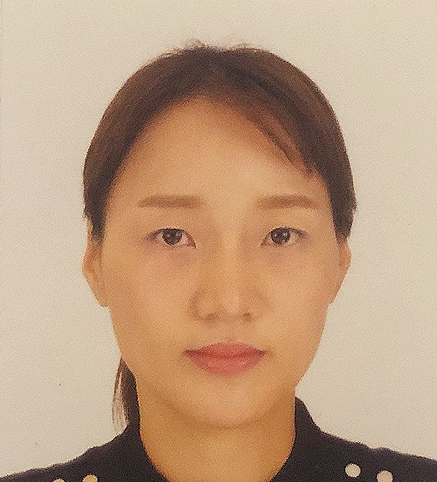 Bongju joined TMCM in 2021, bringing over 20 years of marine experience. Originally from Korea, Bongju trained as Deck Officer, rising to 3rd Officer with a major shipowner in the Far East before coming ashore to further her career, working in ship agency and marine insurance. She has worked across a full range of marine insurance classes, including Hull, P&I, FD&D, War and LOH, and has also been involved in insurance placement. 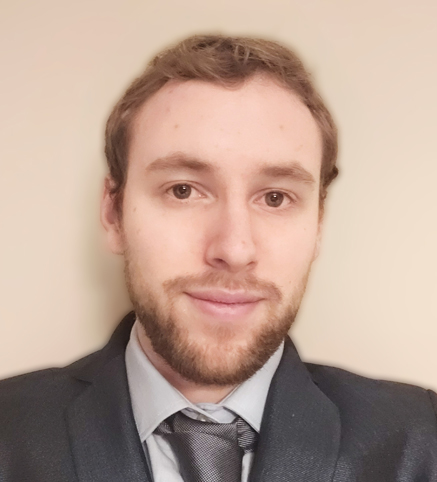 Dmitrij joined TMCM in 2021, bringing both practical and academic expertise in the marine and logistics sectors. He gained a First Class Honours degree from Plymouth University in Maritime Business and Logistics, then completed a Masters in Marine Policy and Management at Cardiff. He then went on to work with a leading claims management/TPA company, working on large caseloads for major Lloyds insurers involving cargo, first-party property, and liabilities arising from carriage by road, rail, sea and air. He is a native speaker of Lithuanian and Russian. 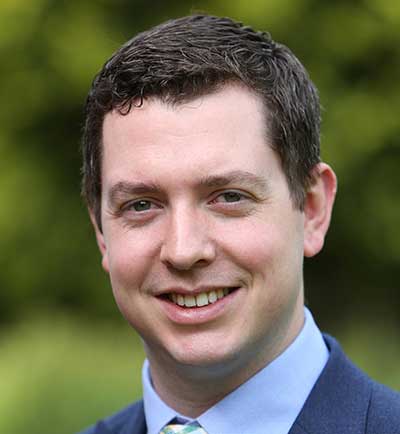 Stephen qualified as a Chartered Accountant in 2009. After working in a leading Newcastle accountancy practice, Stephen joined Thomas Miller in 2017 and became Financial Controller of TMCM in July 2017. 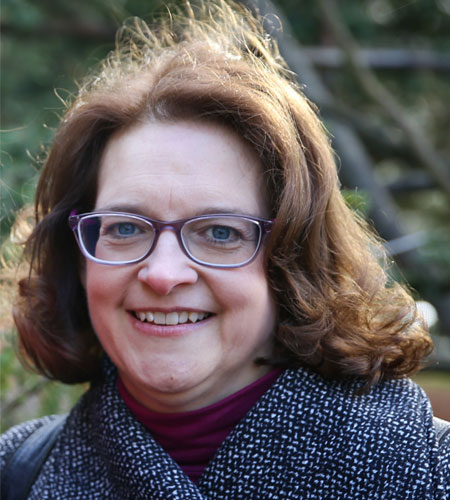 Jill joined TMCM in 2018 as an accountant in the Finance department, where she supports the management team on a range of finance matters. Previously, Jill worked in the finance team at the Jesmond Trust, a local charitable organisation, for fourteen years. 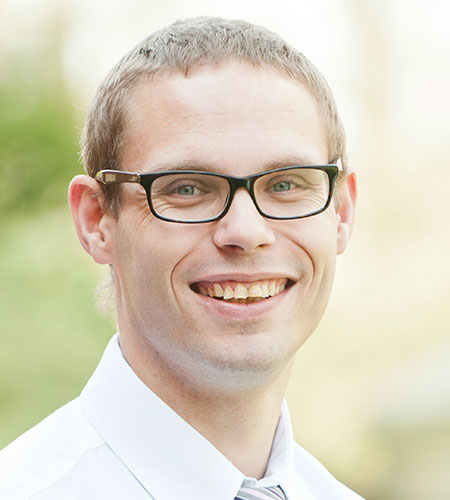 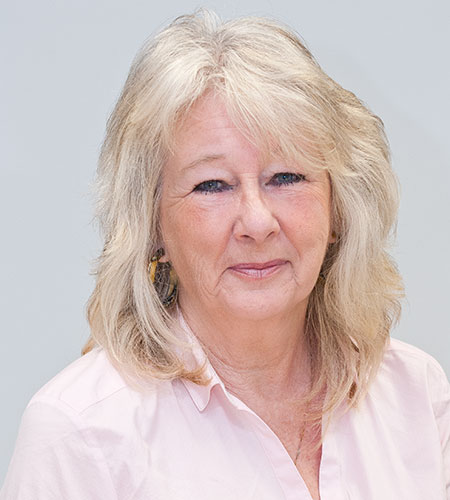 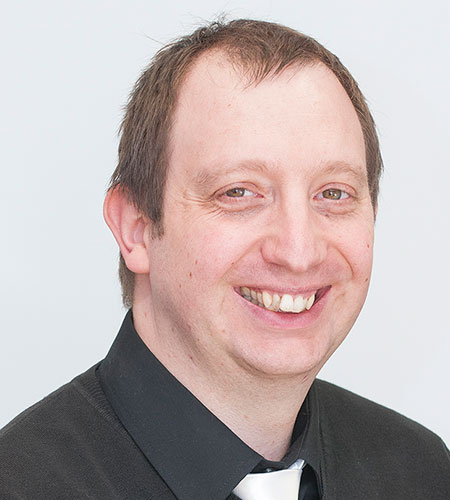 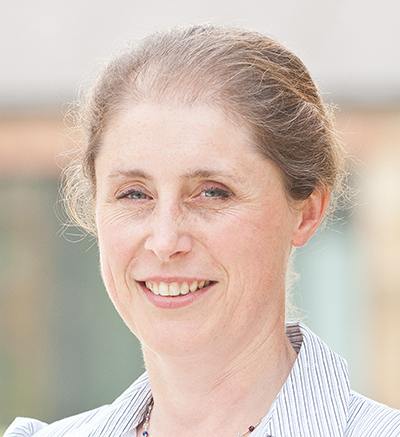 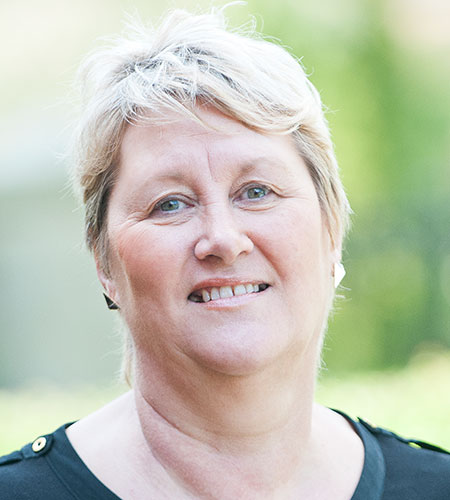